Liverpool are now unbeaten in 13 games against Everton after beating their local rivals 1-0 at Goodison Park courtesy of a stoppage-time winner from Sadio Mane on Monday night.

Mane was pretty anonymous for most of the match, but he was alive in the fifth minute of time added on as he pounced to tap the ball into the empty net after sub Daniel Sturridge had struck the post.

No player can claim to have played brilliantly in what was an ugly contest for the most part.

But James Milner, Mr 7/10 himself, was probably the best player on the park.

No player was more involved than Milner in terms of possession than Liverpool’s left-back, who touched the ball 115 times, including two tackles, two interceptions, seven clearances and two key passes.

Liverpool skipper Jordan Henderson did well too, in terms of helping Liverpool win the midfield battle.

Henderson completed the full 90 minutes, but could easily have been stretchered off midway through the second half when Ross Barkley launched into his ankle with a horrible studs-up challenge. 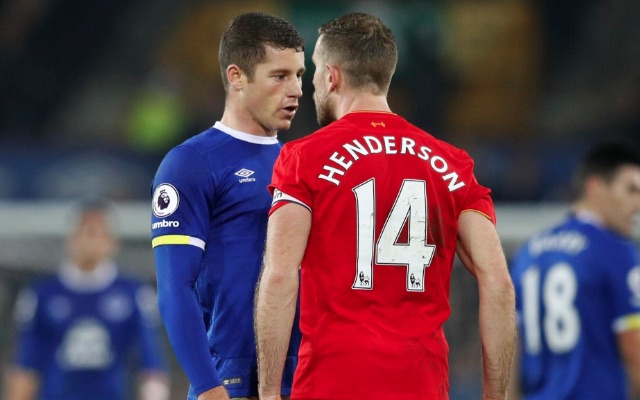 Barkley lost his head and was incredibly lucky to not get sent off. That tackle on Henderson could have been a straight red offence on its own, but he also kicked the ball away later in the match, only to find referee Mike Dean in an oddly-lenient mood.

Like Mr Dean, Simon Mignolet was the subject of much talk before kick-off. However, Liverpool’s goalkeeper will be relieved to have had a fairly uneventful night, including just one save and one solid sweeper-keeper impersonation.

Everton subs:
Barry 5 (on for McCarthy at half time), Joel Robles 7 (on for Stekelenburg on 64 mins), Calvert-Lewin 5 (on for Valencia on 73 mins).