Last night’s Premier League matchup between Liverpool and Everton was the final game before Christmas and was taken by Sky as a kind of “half-way mark” for the season. Their two main pundits Gary Neville and Jamie Carragher discussed how the season has gone so far, and how they expect it to develop over the next 6 months.

Part of this exercise involved naming a team of the season so far, with Gary Neville’s choice visible below. The Manchester United man did not go for any outlandish choices, with Chelsea dominating the side. 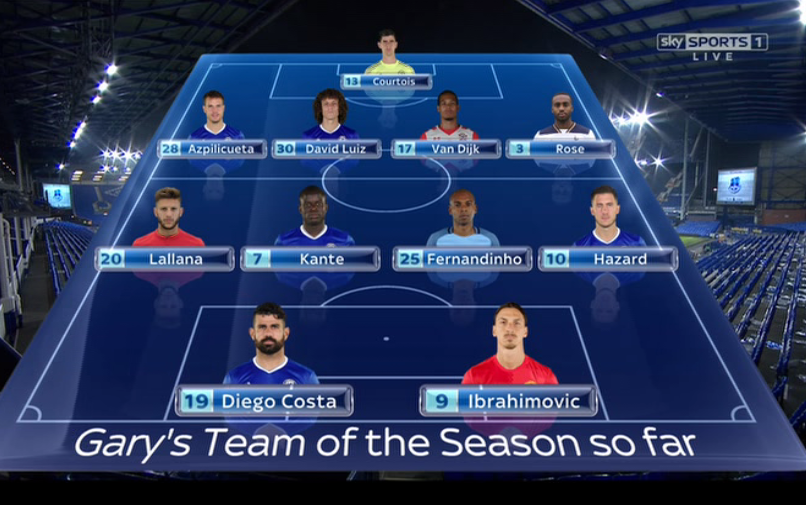