Liverpool defender Dejan Lovren has seemingly dropped a massive hint to suggest that Jose Fonte is set for a move to Anfield.

Lovren celebrated his side’s win over Everton in the Merseyside derby on Instagram on Monday night, and received a message from his old pal Fonte.

In his response, he wrote: “Thanks bro, hope to see u soon u know where,” accompanied by a winky-face emoji.

Now, unless the pair are planning a pre-Christmas get-together to catch up on old times, the obvious suggestion from that is Fonte is considering his options in January and could follow a whole host of former Saints stars to Anfield.

Lovren, Adam Lallana, Nathaniel Clyne and Sadio Mane are just a few of the individuals to make the switch from St Mary’s to Merseyside in recent years, and based on what we’re seeing in the screenshot below, Fonte could be about to follow that same route.

Another theory is that Lovren was simply talking about the fact that the two clubs will face each other in the EFL Cup semi-finals in January.

However, everyone loves a good transfer gossip story and this certainly seems to fit the bill less than two weeks ahead of the January transfer window opening for business and with so much talk over Fonte’s future in recent weeks. 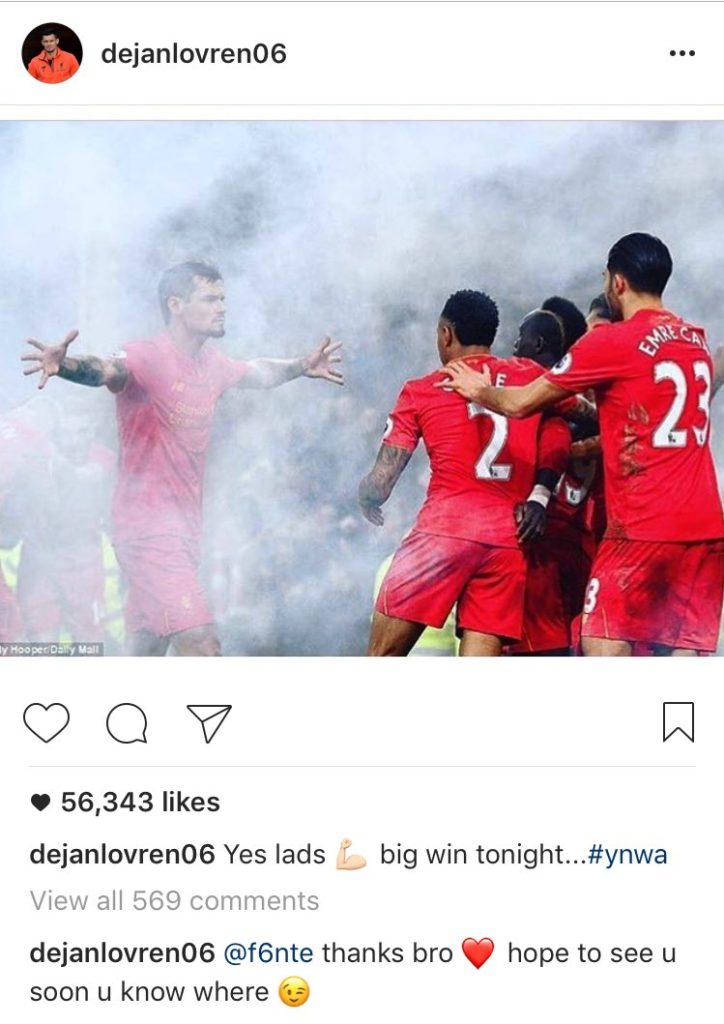