Semedo is a player well known to most fans of Football Manager.

His pace, agility, determination and anticipation help him develop into one of the finest full-backs in the world on FM 2016. 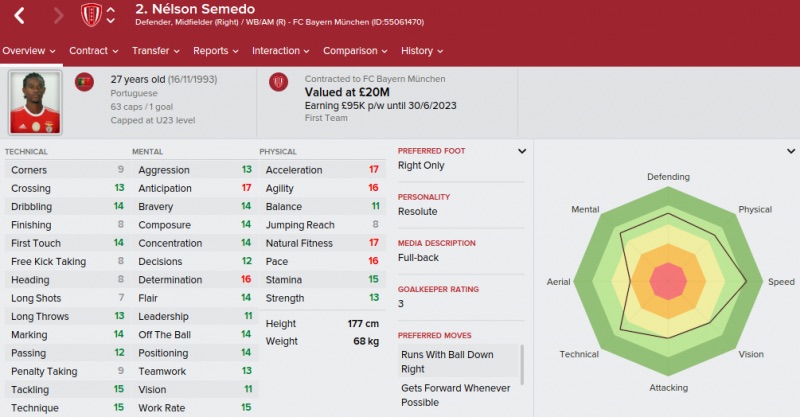 Bayern Munich snapped him up on the save from which the above screenshot was taken and, according to The Sun, the German giants have him on their radar for real now.

But The Sun also claim that United are in the race.

The 23-year-old has a £54m buy-out clause in his current contract, say The Sun, who suggest that United would expect to pay a significantly smaller transfer fee than that.

Right-back is an area where the Red Devils will need to invest soon, with their current top man in the no.2 slot, Antonio Valencia, reaching the ripe old age of 32 before the start of next season.

Semedo and Valencia are similar in that they can both play in defence or midfield. However, Semedo is a right-back who can play further forward, while Valencia started out as a winger before being converted into a full-back.