Zlatan Ibrahimovic has dared to Zlatan.

That’s his words, not ours.

The Manchester United striker, who does things his own way, uploaded a video of himself making a snow angel practically naked on Christmas morning.

But at what cost?

Surely an athlete earning £250,000 a week (wages reported by the Daily Star) should be a little more careful with his body?

If he comes down with the sniffles (if not pneumonia or frostbite) and is subsequently unavailable for any of his side’s festive fixtures, United fans might be slightly less amused by the 35-year-old’s Xmas antics. 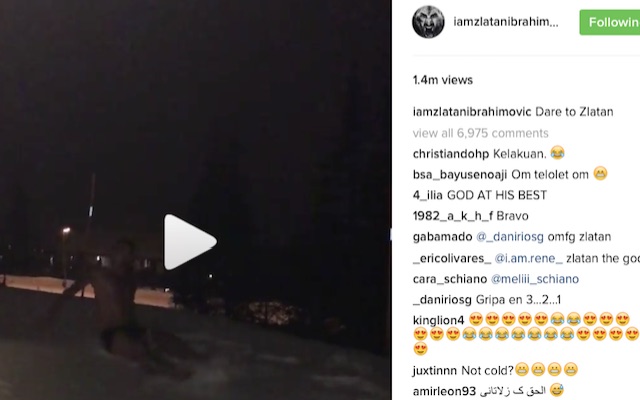