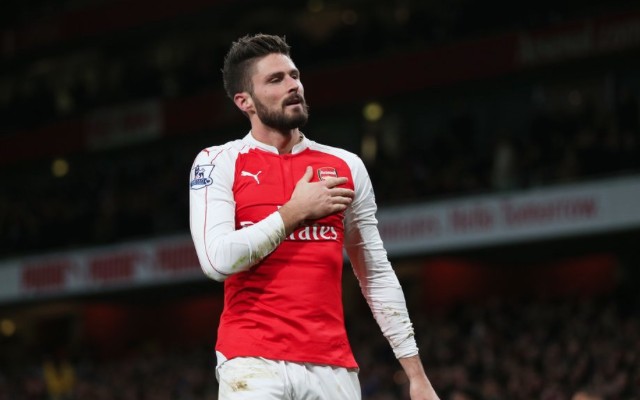 Arsenal striker Olivier Giroud made his first Premier League start on Monday against West Bromwich Albion, and he stepped up and delivered for the Gunners.

Following back-to-back losses to Everton and Manchester City, the pressure was on Arsenal to respond on Boxing Day and it looked as though they were set for another frustrating afternoon as they entered the final few minutes of the game still seeking a breakthrough.

While a positive performance would have been the icing on the cake, the result was ultimately all that mattered at the Emirates as Arsenal needed to respond.

They did that, albeit after giving their supporters a real scare, and Wenger will hope that it is something that they can build on and improve to continue to stay in the race for the Premier League title.