Chelsea are plotting a move for Bayer Leverkusen talisman Hakan Calhanoglu as their continue in their efforts to sign an attacking midfielder, report The Sun.

Antonio Conte is reportedly in the hunt for a replacement for the outgoing Oscar, and has plenty of money to spend on one after receiving, what The Sun believe to be, as much as £60 million in exchange for the Brazilian. As per The Sun, Leverkusen’s Calhanoglu could be the man he turns to.

Calhanoglu has enjoyed a great start to the campaign on a personal level. The Turk has found the back of the net on four occasions in the Bundesliga this term and has also provided four assists. That means he has directly contributed to a goal every 129 minutes he has been on the field; commendable for a midfielder. He is also renown as one of the best free-kick takers in the world.

The Sun believe that Chelsea have sent scouts to watch Calhanoglu in action against FC Koln, and are weighing up making a move for him.

Could he be the man to fire Chelsea to the Premier League title? 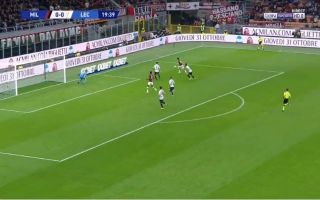