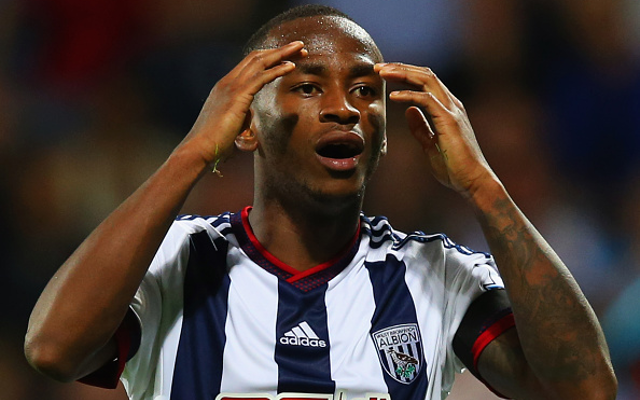 Everton are considering making a move for West Brom striker Saido Berahino in the January transfer window, according to The Sun.

Berahino’s contract expires in the summer and is unlikely to sign a new one due to his frosty relationship with manager Tony Pulis and the Baggies hierarchy. His lack of first-team football at the Hawthorns is not a fair reflection of his talent. The 23-year-old found the back of the net on 20 occasions in the 2014/15 season and emerged as one of the most promising young English players. His 11 England U21 appearances are testament to that, and he has scored ten times in those.

As per The Sun, Everton manager Ronald Koeman is interested in adding Berahino to his striker ranks, which will provide genuine competition for Romelu Lukaku at the spearhead of the Toffees attack. The tabloid believe that he could agree a deal in principle and move in the summer or join up with Everton next month.