A survey of 300 Barcelona season ticket holders has revealed the player that they would most want to sign, and the results shouldn’t surprise you.

Despite playing for eternal rivals Real Madrid, Luka Modric has earned the honour of being named the #1 player wanted by the “socios” – members – of Barca, as you can see from the front page of Barcelona paper Mundo Deportivo below.

With his small frame and perfect technique, the little Croatian would certainly fit in at the Camp Nou, and would even be the ideal Andres Iniesta replacement that the Blaugrana have been looking for.

Unfortunately for them, signing him from Real would be totally impossible, even for a club with their resources, so for now it will have to remain a dream. 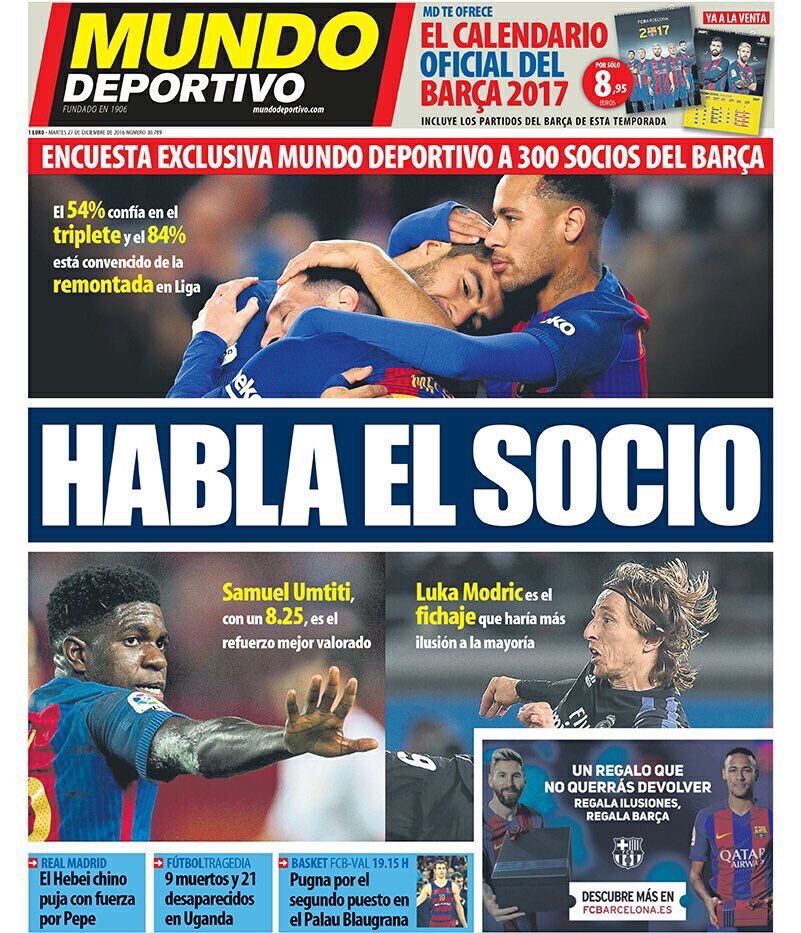