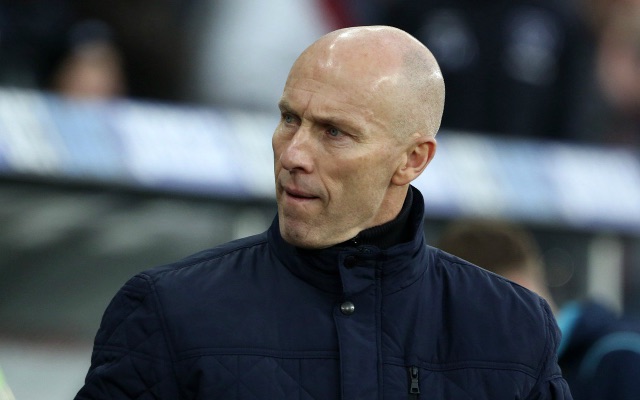 The last time Sky Sports announced the sacking of a manager while Jamie Carragher was live on TV has since become a magic moment.

However, there were no dramatic looks on Tuesday night when Sky broadcast the news that Swansea City had got rid of Bob Bradley.

First of all, Carra obviously doesn’t care about Swansea as much as he does for Liverpool.

But, also, Swansea’s decision to bin Bradley was surely a shock to nobody.

The American lost seven of his 11 games in charge and saw his side stuffed like a Christmas turkey by West Ham United on Boxing Day.

In case you missed it, this was Carra’s face when he heard the news…

?Famously shocked when he heard about #LFC sacking Brendan Rodgers.
?Not so shocked/arsed to learn of Bob Bradley's axing. @Carra23 #Swans pic.twitter.com/UG9iZhbX3R