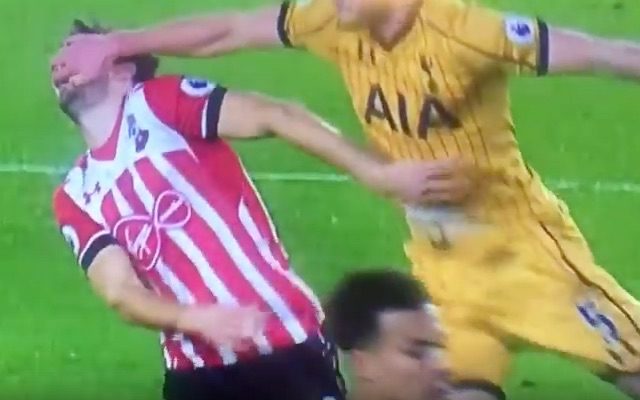 Jan Vertonghen could be in trouble if the Football Association decide to look into this.

The Tottenham Hotspur defender appeared to aggressively scratch the fingers on his right hand across the face of Southampton forward Jay Rodriguez during Wednesday night’s Premier League fixture at St Mary’s Stadium.

Referee Mike Dean did not award a foul against Vertongton, nor did he issue a card, which suggests he may not have seen the incident.

Rodriguez did not complain too vociferously to Dean, but he looked rather stunned after being caught by Vertonghen, who had earlier been beaten in the air by Virgil van Dijk, who headed Southampton into a second-minute lead.

Vertonghen’s treatment of Rodriguez was not too dissimilar to what Mousa Dembele did to Diego Costa last season. Dembele ended up being punished retrospectively with a six-game ban.