Tottenham Hotspur will be without two of their star defenders when they begin 2017 with a trip to Watford on New Year’s Day.

Kyle Walker has started all 18 of Tottenham’s Premier League matches so far this season, but that run must now end after the right-back picked up his fifth yellow card of the campaign for this tackle on Southampton’s Ryan Bertrand. 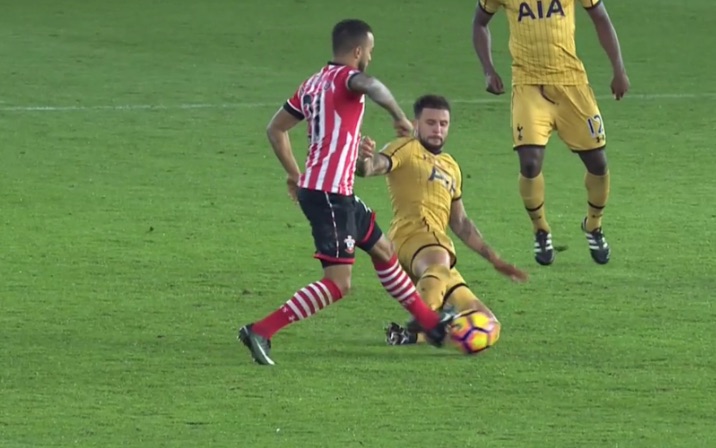 Had Walker stayed out of Mike Dean’s black book during Wednesday’s 4-1 win over Southampton, he would have seen his four yellow cards wiped during the mid-season amnesty.

Walker’s foul on Bertrand came in the 55th minute.

Jan Vertonghen, who has also started all 18 Prem games this term, then joined Walker in the book in stoppage time when he reacted angrily to being fouled by Shane Long.

Vertonghen now also has five yellow cards for the season, meaning he too will miss the Watford match.