Garth Crooks has selected his Premier League team of the week and it is unsurprisingly dominated by players from the traditional big clubs.

The BBC pundit is always sparking debate and controversy with his opinions and team selections, and perhaps there will be some on this occasion who will also be disappointed with certain exclusions and unwarranted inclusions.

Nevertheless, for the most part, he seems to have got it spot on with BBC Sport publishing his latest XI with Dele Alli a late addition after Tottenham Hotspur’s win at Southampton on Wednesday night with the England international grabbing a brace and receiving plenty of plaudits.

Thibaut Courtois starts in goal after keeping a clean sheet against Bournemouth with some key saves, while midfield maestro Cesc Fabregas gets the nod along with Eden Hazard after both played pivotal roles in breaking down Eddie Howe’s side to secure a 12th consecutive win for Antonio Conte.

Arsenal defensive pair Laurent Koscielny and Hector Bellerin are also in after doing important jobs against West Bromwich Albion as the Gunners got back to winning ways with a battling performance against the Baggies at the Emirates.

Winston Reid and James Milner complete the back four with both producing assured performances for West Ham United and Liverpool respectively with the latter seemingly just getting better in his unnatural left-back position.

A reborn Yaya Toure accompanies Fabregas in midfield after a commanding performance against Hull City as Manchester City picked up another win, while Paul Pogba is part of an attacking trident behind Zlatan Ibrahimovic.

The Frenchman is starting to hit his stride and deliver on expectations, while his Swedish teammate is in the midst of a real goal glut and is leading Jose Mourinho’s resurgent side as they are now firmly back in the mix for a top four finish.

Who missed out and who should Crooks have left out? Leave your comments below. 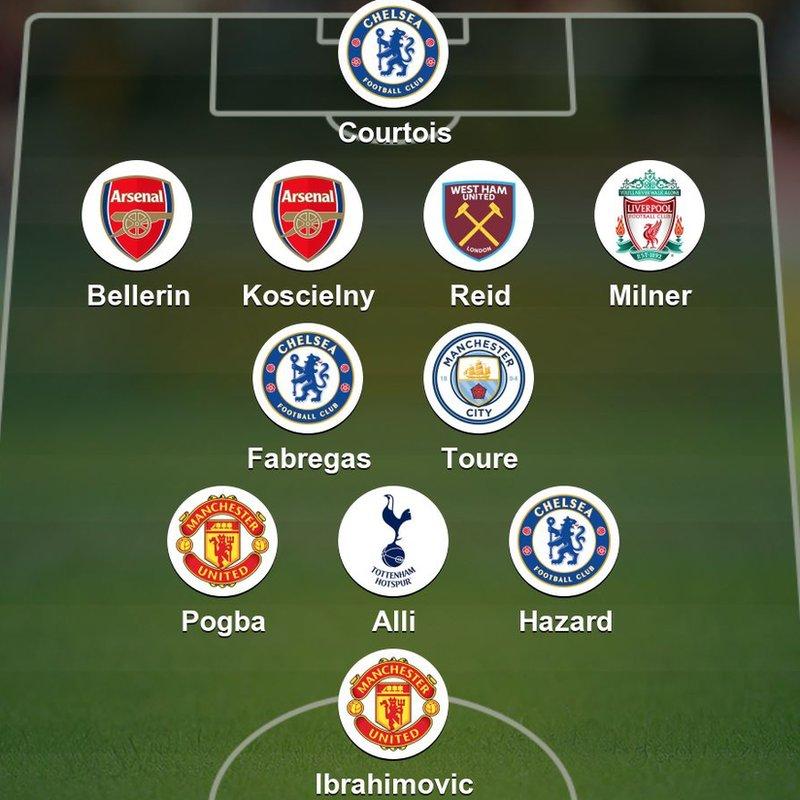