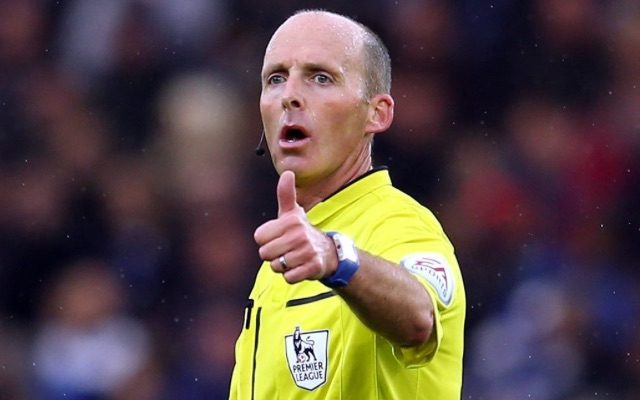 Referees will always be criticised and tonight was certainly no exception for Mike Dean.

Of the many incidents decisions made by Dean during Tottenham Hotspur’s 4-1 win over Southampton on Wednesday evening, his call to send off Nathan Redmond will be top of the agenda for serious pundits (although we reckon his handshake with Mousa Dembele was the real news).

A new rule came in this season, with the intention of preventing teams being punished twice when conceding penalties.

Consequently, many last-man fouls in the box are now meant to be yellow card offences, instead of sending offs.

Therefore, there was a bit of a hoo-har when Dean flashed red at Redmond after he pulled down Dele Alli at St Mary’s.

However, the FA rule book, as quoted below, backs up the fact that Dean was correct to send Redmond for an early bath.

Where a player commits an offence against an opponent within their own penalty area which denies an opponent an obvious goal-scoring opportunity and the referee awards a penalty kick, the offending player is cautioned unless:
The offence is holding, pulling or pushing or
The offending player does not attempt to play the ball or there is no possibility for the player making the challenge to play the ball or
The offence is one which is punishable by a red card wherever it occurs on the field of play (e.g. serious foul play, violent conduct etc.)
In all the above circumstances the player is sent off.

Redmond pulled Alli, thus he had to go.

The winger will serve a one-match ban.