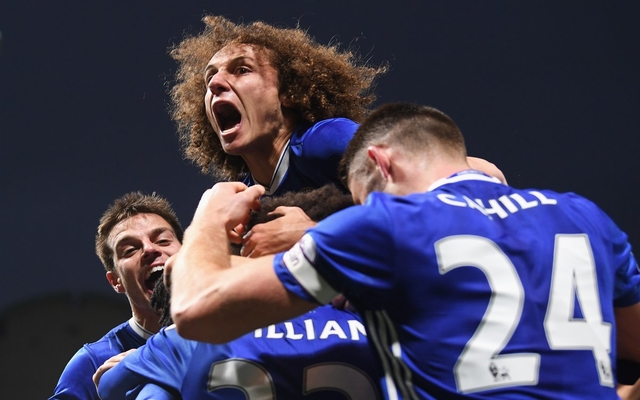 Chelsea made it 13 consecutive wins in the Premier League on Saturday with a 4-2 victory over Stoke City at Stamford Bridge.

Willian bagged a brace after Bruno Martins Indi and Peter Crouch had twice brought the visitors level, with Gary Cahill breaking the deadlock in the first half.

After a frantic period after the break, Antonio Conte’s side were able to take their chances and regain the lead, before Diego Costa scored his 14th league goal of the season to make the win safe and ensure Chelsea have now equalled Arsenal’s record of 13 wins in a row.

While Conte will be delighted to see his side pick up the win, he won’t be too impressed with their defending at times as they looked far from assured at the back and were caused problems by Stoke.

Nevertheless, the win protects their lead at the top of the table as they continue to gather momentum and march on towards the title.

Willian undoubtedly stood out for his performance with the two key goals, while there was an historic landmark reached for Cesc Fabregas as he registered the 100th Premier League assist of his career as he continues to impress when given an opportunity by Conte.

Credit to Stoke for the fight they showed to try and deny Chelsea, but it’s the league leaders who prevailed and they will now await the result of Liverpool’s clash with Manchester City to see if they can stretch their lead heading into the New Year.