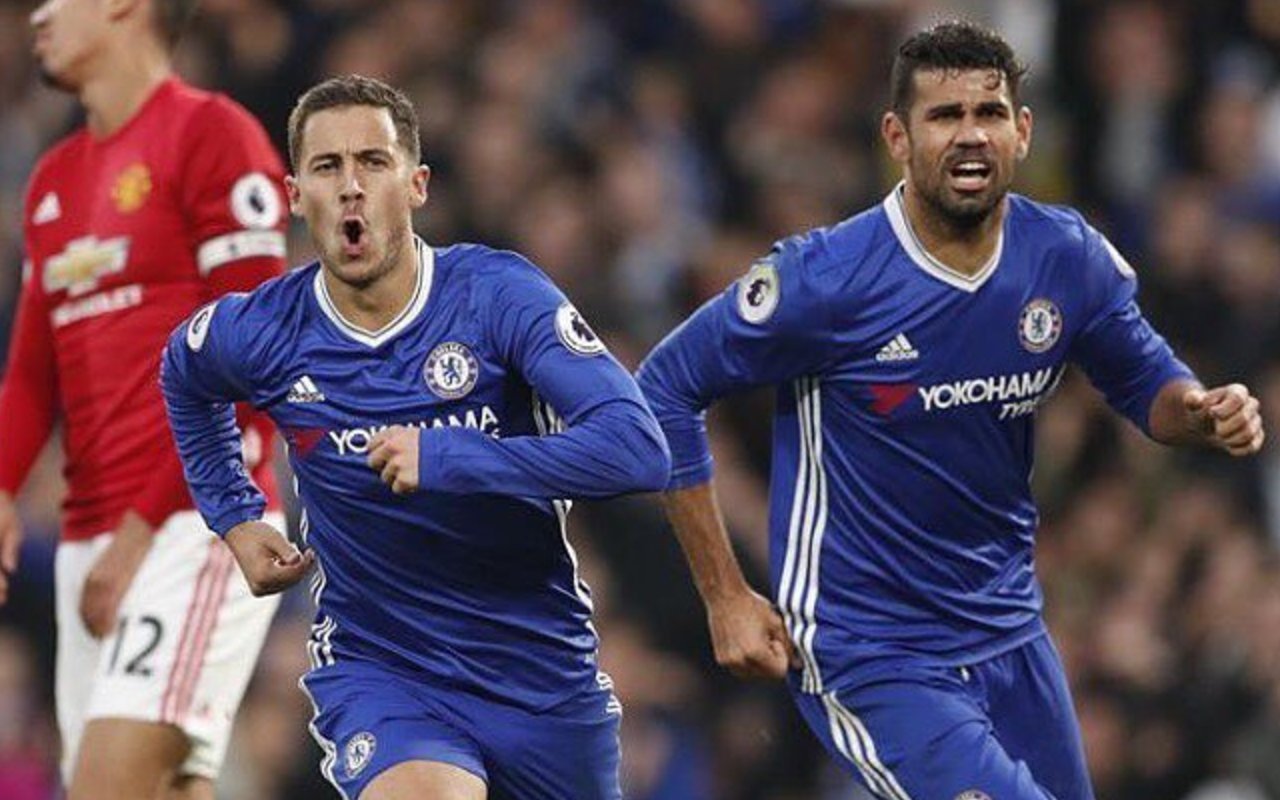 Diego Costa has hailed teammate Eden Hazard during an interview with the Chelsea website.

Hazard was absent for the majority of last campaign, with his poor form and fitness being a major contributing factor in Chelsea’s demise. Since Antonio Conte took the reigns at Stamford Bridge in the summer, however, his resurgence has been remarkable.

The Belgian has already found the back of the net on nine occasions so far this season, and is well on his way to beating his best ever tally of 14 Premier League goals. He could have another winners medal to his name too, as his side have won 12 consecutive league games. During that period they have scored 28 goals, conceded two and opened up a six-point lead at the summit of the table.

Costa, who has enjoyed a fine start to the season himself, told the Chelsea website that Hazard is one of a kind: “Eden is just incredible, he’s the sort of player who is able to win a match by himself. He’s extraordinary”

The Spaniard believes that Hazard’s constant forward-thinking has a positive impact on the rest of the team: “There are very few people like him. He’s very confident in what he does and he is transmitting that confidence to us.”

Chelsea host Stoke City this afternoon as they look to make it 13 consecutive victories. Who would bet against them doing it?