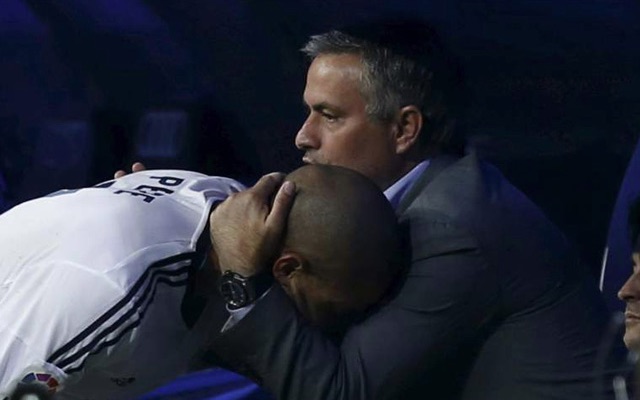 However, Mourinho does not plan to wait until then summer to make his offer according to The Express, who claim that the Red Devils intend to steal a march on their rivals by opening contract talks early.

Pepe is entering the last six months of his current deal at Real, so non-Spanish clubs are free to talk to him with the intention of arranging a free transfer.

United are not the only club interested in Pepe, with The Express adding to Tottenham Hotspur are also keen, although Old Trafford is said to be the player’s favoured destination in England.

The three-time European champion – twice with Real, once with Portugal – has been touted around the Chinese Super League too, per the report, which claims he would be able to earn at least £450,000 in the Far East.

United would presumably struggle to compete with Chinese clubs in terms of finances, but the opportunity to play in the Premier League and for Mourinho, with whom he won the La Liga title in 2012, could still appeal to Pepe.