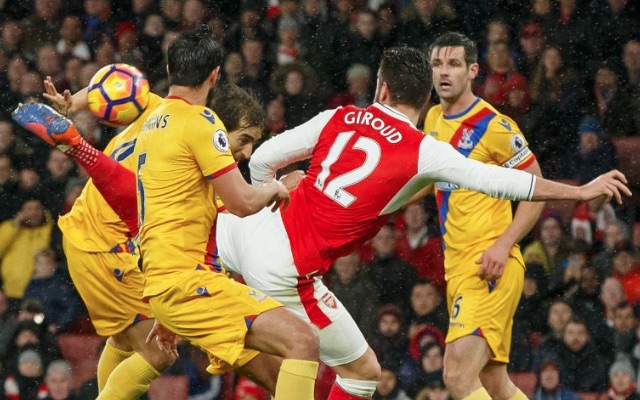 If you are having problems reading this article it is probably because Arsenal fans have broken the internet by overloading Twitter.

Olivier Giroud is one of the sexiest men in football.

And he has just got a hell of a lot sexier after scoring of the most stylish goals in Premier League history.

When Manchester United’s Henrik Mkhitaryan scored against Sunderland with a flying back-heel flick volley on Boxing Day we all watched on in astonishment.

Mkhitaryan was later quoted by The Telegraph saying it was the “best goal” of his career.

It was a one-in-a-million goal for sure.

Apparently it was more of a two-in-a-million goal because Giroud has only gone and done the same thing six days later.

In fact, sorry Henrik, this one is much better!

Giroud, extra points for going in off the underside of the bar. And for being onside https://t.co/xFCP86rZbF

Giroud with arguably the greatest goal to grace the premier league! Enjoy pic.twitter.com/R6w1H78Zxj

Arsenal are reportedly preparing a statement to apologise unreservedly for anyone offended by Olivier Giroud’s utterly filthy goal. #ARSCRY pic.twitter.com/SeKDwZHLwv