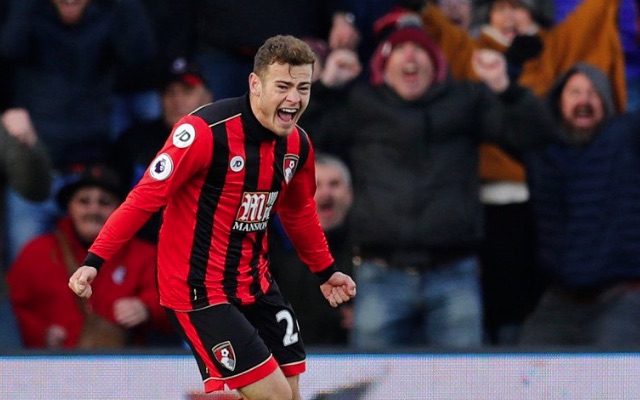 Arsenal fought back from 3-0 down to draw 3-3 at Bournemouth on Tuesday, with Alexis Sanchez, Lucas Perez and Olivier Giroud on the scoresheet in an incredible game at the Vitality Stadium.

An amazing finish by the Gunners was in direct contrast to their awful start. Hector Bellerin was mugged off by Charlie Daniels for the opening goal, before Granit Xhaka stupidly gifted Bournemouth a needless penalty for their second of the night.

Petr Cech got low and seemed to be in a good position to thwart Fraser.

The gap between Cech’s legs was so small, but somehow Fraser found a way through.

That made it 3-0 on 58 minutes, before it all went wrong for the Cherries.

Sanchez got the comeback underway, before a stunning Perez volley made it 3-2 with a quarter of an hour remaining.

Simon Francis was then sent off for a rash tackle on Aaron Ramsey, leaving Arsenal with eight minutes (plus six in stoppage time) against 10 men to find a leveller.

That leveller came in the second minute of time added on, with Giroud bagging his third goal in three games.