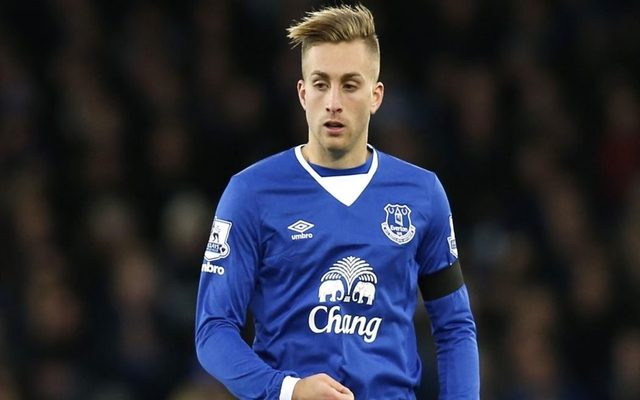 AC Milan will hope to complete their proposed loan move for Everton winger Gerard Deulofeu after the Toffees announced the signing of Ademola Lookman.

As noted by The Guardian, the England Under-20s international has completed his move to Goodison Park and has signed a four-and-a-half year deal with Ronald Koeman’s side.

While an official fee wasn’t announced, the report claims that Everton have spent £10m to sign the 19-year-old which in turn is likely to have a massive knock-on effect for one player in particular.

Milan have made no secret of their desire to sign Deulofeu, and given that the Spaniard has barely played for Koeman so far this season coupled with the arrival of additional competition, his spell on Merseyside looks to be coming to an end.

The Daily Mail reported on Wednesday that the Rossoneri had made a formal request to sign the former Barcelona starlet, with a view of making it a permanent deal in the summer.

It appears as though the path has been cleared for them to swoop for the 22-year-old, with Lookman now likely to push him further down the pecking order.

Vincenzo Montella will be keen to bolster his squad in any way possible during the January window, although he’ll be limited in how much money he can spend as the takeover of the Italian giants has been postponed until March 3.

In turn, he’ll have to make do with what he has at his disposal, and that appears to be offering loan deals to club before tying up business at the end of the season.

With the likes of Suso and M’Baye Niang vying for the spots out side in his 4-3-3 system, Deulofeu could be a smart addition to add quality and depth to his attack.