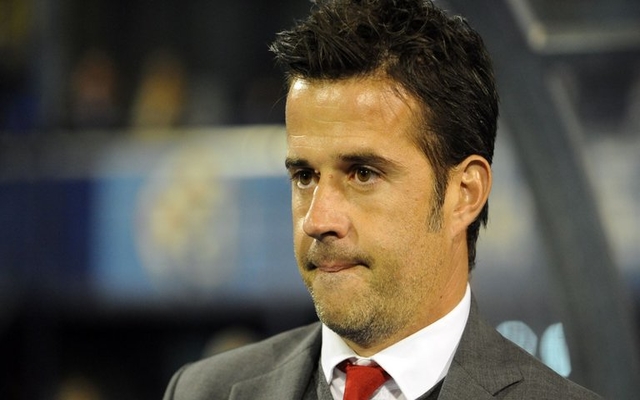 Hull City have reportedly agreed a deal to appoint Marco Silva as their new head coach, and the appointment could be made official by Thursday.

The Tigers have wasted little time in looking for a successor to Mike Phelan, after the former Manchester United assistant was sacked on Tuesday after just three months in charge.

According to Sky Sports, Silva held talks with the club on Wednesday and is now set to take the reins with a clear objective of avoiding relegation from the Premier League this season.

His record as a manager won’t exactly fill Hull supporters with confidence though, as the 39-year-old has only previously managed three clubs, with spells at Estoril, Sporting Lisbon and Olympiakos.

While he has enjoyed an impressive amount of success at each of those clubs, it’s questionable as to whether any part of it will sufficiently prepare him for a relegation dogfight in England, and ultimately he can’t afford to waste time settling in as results need to arrive sooner rather than later.

If Hull weren’t in their current predicament, then perhaps the appointment would be more positively accepted, but with the club sitting bottom of the table and three points adrift of safety having won just three games so far this season, it all looks pretty bleak at the moment.

Silva will hope to get the job and lift spirits at the KCOM Stadium quickly, but he certainly has a major job ahead of him to protect the club’s top-flight status.