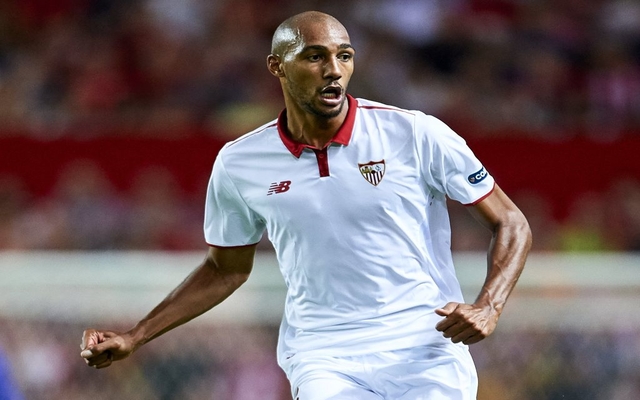 After his bizarre post-match interview after the win over Burnley on Monday, it doesn’t look as though Guardiola’s mood is about to improve any time soon as he looks to try and strengthen his squad where possible this month.

As reported by Calciomercato, both City and Juventus were keen on acquiring the services of N’Zonzi, although they would have had to contend with the fact that he has a €30m release clause in his contract.

That appears to be irrelevant anyway as Sevilla president Jose Castro has seemingly put an end to their lines of enquiry by insisting that the Frenchman is staying at the club.

“N’Zonzi is a very important player for us, and for that our wish is that he stays,” he told Cadena Cope, as reported by Mundo Deportivo.

The 28-year-old has made 22 appearances in all competitions so far this season, establishing himself as a key figure under Jorge Sampaoli in a campaign which promises a great deal for Sevilla who sit in third place after 16 games.

N’Zonzi has experience of playing in England after spells with Blackburn Rovers and Stoke City prior to his move to Spain, and so coupled with the improvements he has made at Sevilla, it’s no surprise that he has been attracting interest.

Nevertheless, Sevilla evidently value him highly and have no intention of selling this month, which in turn will force Guardiola to look elsewhere for midfield reinforcements as he looks to try and sustain their Premier League title push and at the very least qualify for the Champions League.

With Ilkay Gundogan out for the rest of the season due to injury and as Fernandinho continues to get himself into disciplinary trouble, the midfield is undoubtedly an area that Guardiola will be focusing on.