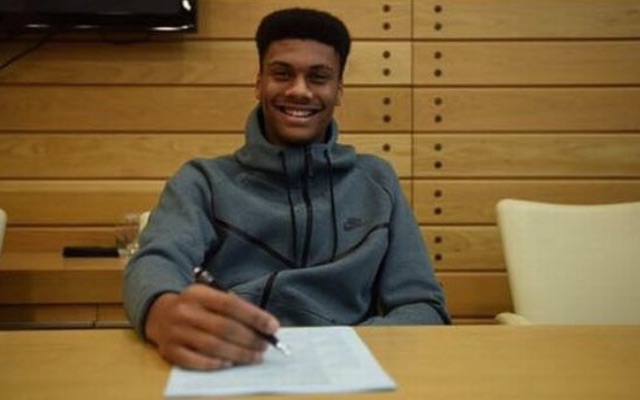 The first Chelsea signing of 2017 is complete with the Blues tying up a deal to bring in 18-year-old centre-back Kyle Jameson.

Chelsea confirmed the signing on their official website, revealing that the former Southport youth had signed an 18-month professional contract until the end of next season.

It seems unlikely that Jameson will be pushed into Antonio Conte’s first-team plans in the short-term, with the Chelsea website writing “our Academy ranks have been bolstered”.

Furthermore, Conte arguably has no need for defensive reinforcements in his senior side, having seen Chelsea keep 11 Premier League clean sheets already this term.

Jameson is the only new face at Chelsea so far this year, but he is not the only player to sign a fresh pro deal at Stamford Bridge.

Chelsea’s U18 looked in excellent shape on Thursday as they won 5-0 away at Swansea City, with Tariq Uwakwe scoring twice.