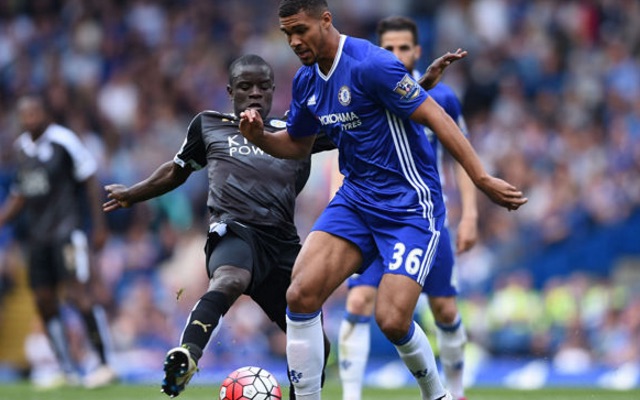 Stoke City have reportedly joined Brighton & Hove Albion and West Ham United in the race to sign Chelsea midfielder Ruben Loftus-Cheek on loan for the rest of the season.

The 20-year-old has struggled for playing time at Stamford Bridge so far this year, and so in turn Antonio Conte could welcome the opportunity to send him out to gain experience.

Loftus-Cheek has made just three appearances in all competitions, playing a combined 158 minutes of football, and given the stage of his career that he’s in, he needs to be playing regularly in order to secure a long-term future at Chelsea.

According to the Evening Standard, Stoke have now stepped forward as a possible destination for the youngster, and it’s added that they could move to the front of the queue given their good relationship with the league leaders.

Having signed Victor Moses and Marco Van Ginkel on loan in recent times, and more importantly lived up to their promises of giving them regular playing time, it will undoubtedly reflect favourably on them when Chelsea are considering where to send one of their most prized young assets.

Nevertheless, it’s far too early to be ruling out either Brighton or West Ham, as Conte will likely diligently assess what the best option for the club and the player is before making a decision.

From West Ham’s perspective, it would be a boost for Slaven Bilic as he looks to continue to guide his side away from a possible relegation battle.

In contrast, Brighton top the Championship table after 24 games and look a solid bet to secure promotion. However, Chris Hughton will be keen to strengthen where possible in January in order to sustain their impressive start to the campaign.

Thomas Tuchel hints at a final chance for Chelsea loanee as he compares him to a legendary ex-player Apr 30 2021, 15:04
Chelsea FC