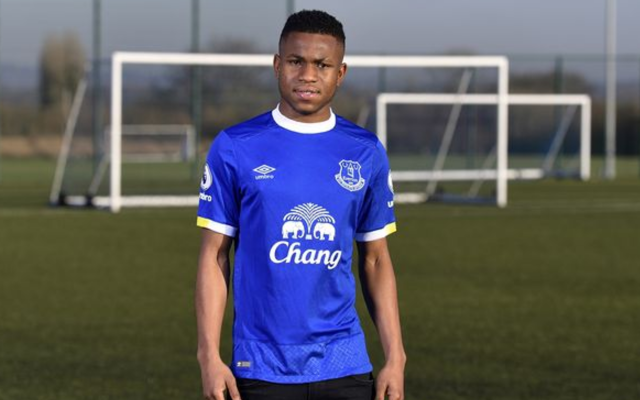 Everton have presented their latest signing Ademola Lookman to the Goodison Park crowd ahead of their clash with Leicester City this afternoon.

Lookman signed for the Toffees merely a few days ago from Charlton Athletic, for what the BBC report to be a fee of £11 million. The 19-year-old was widely regarded as one of the most promising talents in England’s third tier, and his reported transfer fee is testament to that.

The youngster walked out onto the Goodison turf to introduce himself to the fans who will be cheering him on throughout his four-and-a-half-year contract. The Everton faithful will undoubtedly be eager to see Lookman in action as soon as possible.