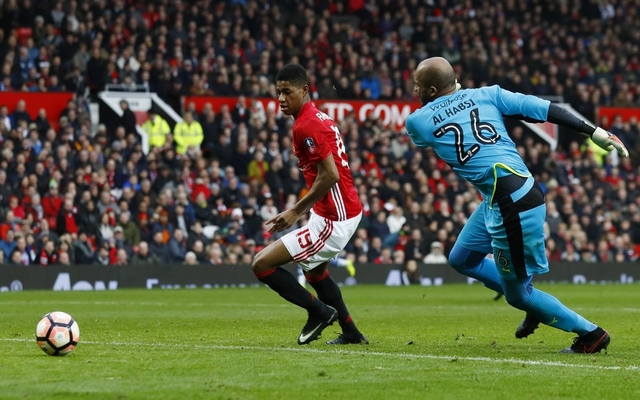 Reading goalkeeper Ali Al-Habsi wasn’t having the best of days at Old Trafford on Saturday with his side 3-0 down against Manchester United, but this blunder was awful.

Wayne Rooney, Anthony Martial and Marcus Rashford had given the hosts a commanding lead heading into the latter stages of the game, but the scoring wasn’t over.

That was thanks to Al-Habsi who completely messed up his clearance with Rashford bearing down on him, as he missed his kick and allowed the United forward the easiest of finishes as he hammered the ball into the back of the net.

Given Reading’s standing in the Championship so far this season as they sit third in the table and continue to chase promotion, much more was expected of them at Old Trafford.

However, unfortunately for Jaap Stam his side couldn’t deliver a performance to produce a major shock, and ultimately the scoreline was made worse by their own doing with Al-Habsi likely to be advised not to dither next time.

He seemed pretty upset with the back pass which in fairness did put him under pressure, but Stam was baffled by it all as he called on his side to just get on with it. Not a happy return for the Dutchman…