Arsene Wenger’s side went into today’s game knowing that the FA Cup is their most realistic chance at winning a trophy this campaign.

However, they are a goal down at Deepdale with their cup campaign in real jeopardy. The Gunners’ defence didn’t cover themselves in glory here, as Callum Robinson took full advantage to give his side an unlikely lead.

So here’s to you Callum Robinson…. pic.twitter.com/PGqsDMp92h 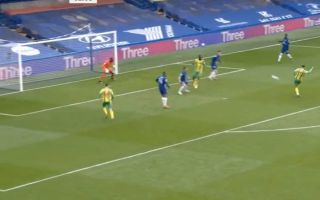 Video: West Brom shock Chelsea with an early opener but Frank Lampard will be furious with his defence Sep 26 2020, 17:40
Chelsea FC

Bournemouth make contact with Liverpool to discuss transfer for out of favour starlet Dec 2 2018, 14:40
Liverpool FC