Wayne Rooney has taken to Twitter to hit out at the Daily Mail’s coverage of an incident after Man U’s cup game yesterday.

A viral video did the rounds on social media last night purporting to show a Reading player rejecting the chance to swap shirts with Rooney. It was alleged he was a Man City fan, and so didn’t want the United captain’s strip as memorabilia.

However the player himself later clarified it was just a case of not wanting to change shirts on the pitch after a heavy loss.

This didn’t stop the Daily Mail – amongst others – reporting it, and Rooney clearly isn’t happy, given him comments on Twitter that you can see in the image below. 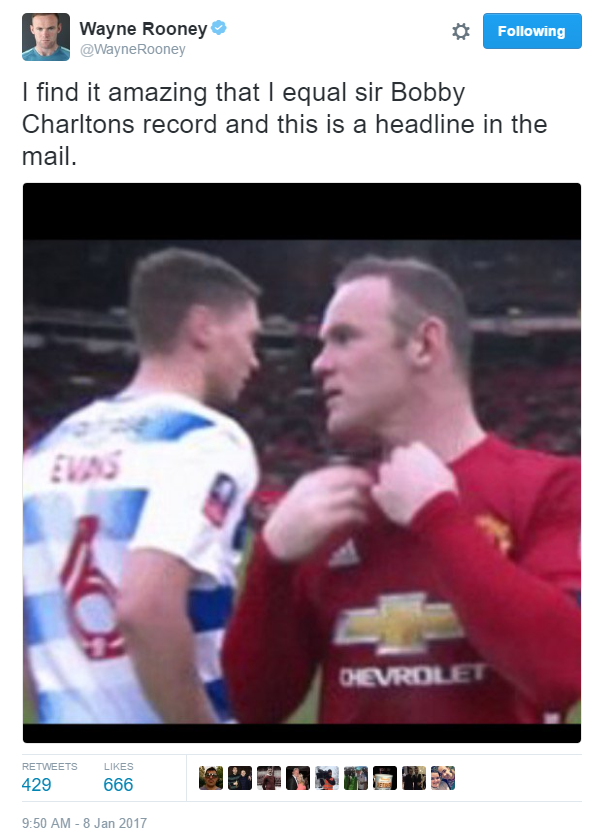