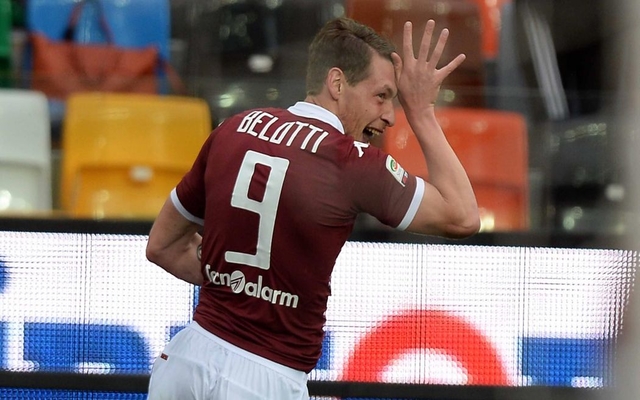 Arsenal submitted a €65m bid for Torino striker Andrea Belotti, but it’s not enough to prise him away from Turin claims the club’s sporting director.

The 23-year-old has been in stunning form so far this season, scoring 14 goals in 18 games for the Granata, while also breaking into the Italy squad and bagging three goals in five games for the Azzurri.

In turn, it’s no surprise that he’s attracting interest from around Europe, and speculation this week did link him with a move to Arsenal.

Torino sporting director Gianluca Petrachi has confirmed those reports, and revealed that they did receive an offer of €65m from the Gunners when questioned on the matter.

“Yes, we received the offer, but it does not reflect the value of the player,” Petrachi told Sky Sport Italia, as reported by La Gazzetta della Sport.

“Anyway, he is going nowhere for now. We want to enjoy him, then we’ll see what happens.

“We intend to keep Belotti and President Urbano Cairo signed this important buy-out clause. I think he’s worth more than they have offered.”

As noted in the report, Belotti did sign a new contract recently which included a €100m release clause for clubs outside of Italy as Torino look to protect their position and keep him at the club or receive a huge fee if they are forced to lose him.

With that in mind, it would make sense that the club don’t deem €65m to be enough, and will likely hold out for more whether or not that’s Arsenal returning with an improved bid or another major European outfit swooping in.

From an Arsenal perspective, it’s a massive shock that the club were willing to spend that much on one player, but confirmation has come from within the Torino hierarchy and it remains to be seen whether or not Arsene Wenger pushes on with his interest or gives up and looks elsewhere for a more realistic target.