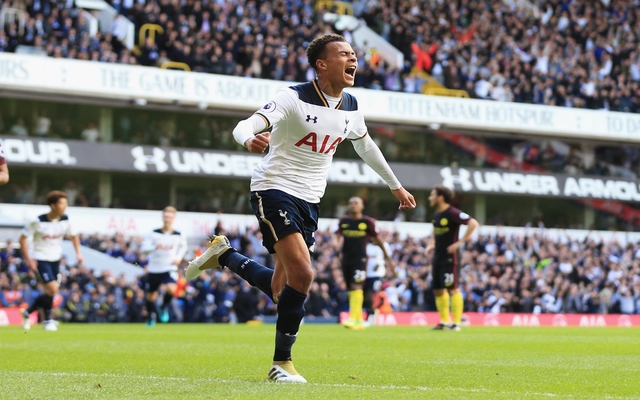 Tottenham Hotspur might have a problem on their hands as it’s reported that Barcelona and Real Madrid are both eyeing a move for Dele Alli.

The 20-year-old has been in great form in recent weeks as he has scored seven goals in his last four games, which takes his tally to 11 in 25 appearances in all competitions.

Given his impressive rise to prominence at Tottenham, The Mirror claim that it has led to interest from both Barcelona and Real.

Further, it’s added that the Spanish giants will have to splash out at least £70m if Spurs opt to sell the England international, which will represent a major profit for the club having signed Alli for just £5m from MK Dons in 2015.

Real arguably have the edge given their history with Spurs as they have successfully negotiated the sales of Luka Modric and Gareth Bale in recent years.

However, they will have to wait until the summer to make their move as their transfer ban will not allow them to act this month, which could potentially open the door for Barca to swoop provided that they are willing to spend the fee touted.

Tottenham will undoubtedly hope to keep hold of Alli as ultimately Mauricio Pochettino is building something special in north London and the club is seemingly going from strength to strength each season.

Nevertheless, £70m is a significant amount of money that will help them strengthen their squad further, while there is also the £750m development of White Hart Lane to consider, as per the Mirror.

The club could be under financial constraints with resources put towards the new stadium, and £70m would certainly offer a great deal of relief.

However, having sold several of their top players over the years, surely the priority will be to keep the current squad intact and bring in quality individuals rather than lose them.

Knife-wielding assailants who punched Tottenham star yet to be brought to justice after a year Apr 3 2021, 9:40
Tottenham FC

“Incredible” Tottenham talent urged to follow Man United misfit’s example to get back into the England squad Mar 25 2021, 10:00
Tottenham FC