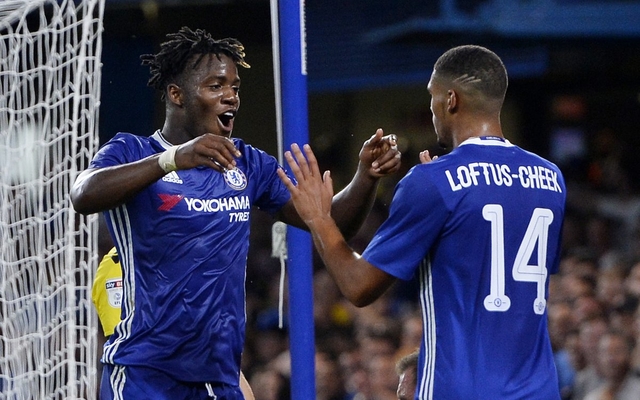 Chelsea forward Michy Batshuayi was given a chance to impress on Saturday, and the Belgian international delivered in the FA Cup clash with Peterborough.

Pedro had given the hosts an early lead, but they went in at half-time 2-0 up thanks to Batshuayi, who produced a composed finish to volley his effort into the back of the net to register his fourth goal of the season.

It’s been a frustrating start to the campaign for the former Marseille man, with Antonio Conte preferring Diego Costa which in turn has led to minimal playing time for his summer recruit.

However, all he can do is grab his chance to impress when he plays, and he is certainly doing so against Peterborough as Chelsea look set to cruise into the fourth round as he scored his first goal since August to double their lead.

While Batshuayi will receive the plaudits for scoring, Ruben Loftus-Cheek deserves a mention for a great assist for the goal as he showed real unselfishness to put the chance on a plate for his teammate.

The 20-year-old has been one of, if not the best, players on the pitch through the opening 45 minutes, showing great maturity and quality to suggest that he can give Conte a selection headache moving forward.

It's half time at Stamford Bridge and @ChelseaFC lead 2-0 thanks to @_Pedro17_ and @mbatshuayi. ??? #EmiratesFACup https://t.co/Rh9bHldOT0