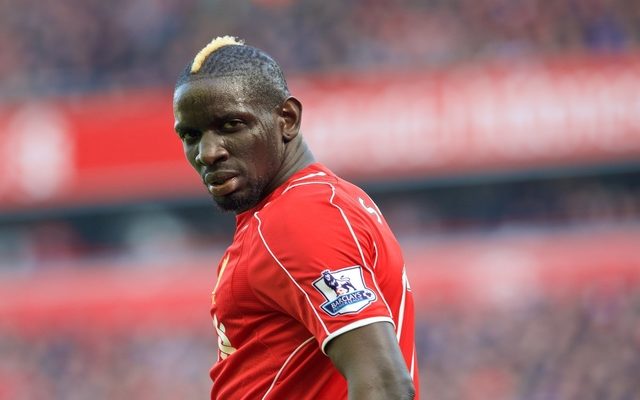 The Portuguese international handed in a transfer request last week, as noted by the Metro, with Liverpool among the clubs being linked with a move to acquire the experienced 33-year-old this month.

According to The Mirror, the Saints wish for Sakho to replace their influential captain, and so perhaps there could be a new avenue for negotiations involving a possible swap deal between the two Premier League clubs.

Sakho has yet to play a single minute of football this season after a string of disciplinary problems which date back to last season and continued over the summer.

In turn, it looks as though he has no future at Anfield under Jurgen Klopp, and if he has aspirations of playing regular football and getting back into the France squad again, then he will have to leave.

However, one of the biggest potential stumbling blocks will be his fee, as Sky Sports reported on Sunday that amid interest from Sevilla, Liverpool were demanding a permanent deal worth £20m for the former Paris Saint-Germain defender.

It’s unlikely that Southampton will be willing to pay that sort of money especially with the fact that Fonte’s fee won’t come close to covering it and so it remains to be seen whether or not the two clubs can reach a compromise.

Nevertheless, it would make sense for both to allow the two defenders to swap places, as ultimately Liverpool need an experienced and reliable presence in the heart of their defence alongside Joel Matip to become a more solid defensive unit.

Klopp’s men have conceded 23 goals in 20 games so far this season which is the worst defensive record out of the top six sides.

As for Southampton, having insisted that Virgil van Dijk is going nowhere, bringing in Sakho as his defensive partner would show their ambition and add real quality to their squad.