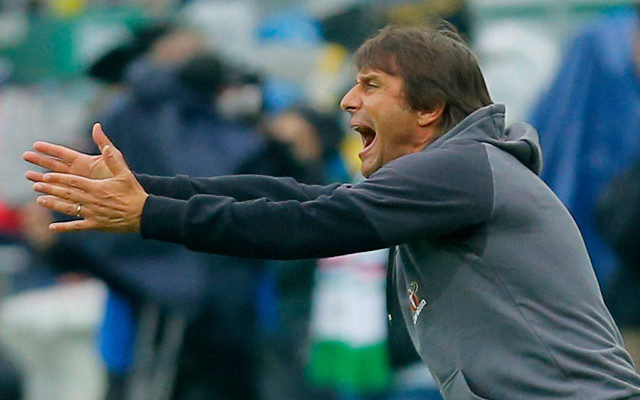 Antonio Conte is expected to be a busy man this month as Chelsea look to strengthen where possible in order to sustain their Premier League title push.

The Blues advanced in the FA Cup over the weekend and still boast a five point lead at the top of the Premier League table as they march on in search of silverware.

In order to do that though, Conte will look to bolster his squad and bring in players that he considers key to ensuring that Chelsea move closer to reaching their objectives.

One player that is seemingly on his way to Stamford Bridge is Swansea City striker Fernando Llorente, with Sky Sports expert Guillem Balague confirming that talks began on Monday morning.

Conte wants Llorente 4 Batshuayi, who could go on loan. Contacts started in the last hours. His movement,aerial power, intelligence an asset pic.twitter.com/3YZoSe8uM5

It’s unclear as of yet whether the Spaniard will move on a loan deal or a permanent one, but it’s added that Michy Batshuayi will move in the opposite direction.

That will be a major setback for the Belgian international, but if he can fire Swansea to Premier League safety, he may have a big role to play at Stamford Bridge next season.

Meanwhile, one player that is already out on loan and is seemingly not set for a return this month is Lucas Piazon, who has indicated that he will remain at Fulham for the rest of the season.

The 22-year-old has scored four goals in 19 appearances for the Cottagers since signing on a six-month loan spell in the summer, and he responded to a fan on Twitter suggesting that a deal is close to extend his stay.

“Almost done mate. Hoping to be done asap,” he wrote, as seen below.

Elsewhere, The Sun have reported that Shanghai SIPG have signed former Chelsea defender Ricardo Carvalho, with the Portuguese veteran reunited with compatriot Andre Villas-Boas in China.

The 38-year-old also joins Chelsea old-boy Oscar at the club, who continue to build a strong squad as they aim to play a leading role in the continued rise of the CSL.