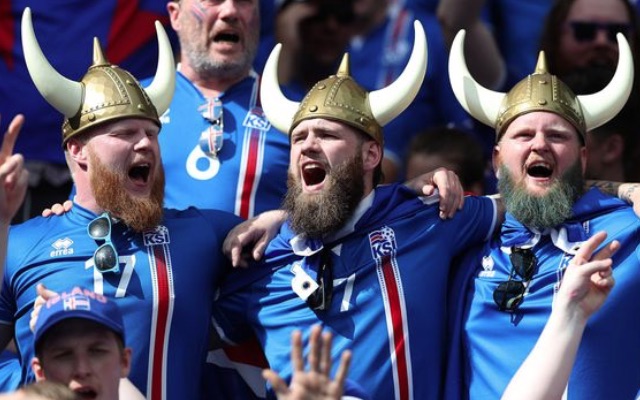 Not since the year when the USA dramatically beat England has there been a season when the underdogs have done so well. This has delighted fans both in this country and all round the world, after all who doesn’t love a good underdog story of beating the odds-on favourite?

The two key teams that have provided these over 2016 have been, naturally, Leicester City on a national level and Iceland on a European stage. We’ll get onto Claudio Ranieri’s side’s phenomenal success shortly but, first, let’s take a look at those plucky Icelanders.

Going into the Euros in France this year no-one would have given them anything but the slightest chance of progressing beyond the group stage. After all, there were 101 reasons why they could never muster a decent team. For a start, the population’s only 330,000 – and approximately 10% of them were estimated to have travelled to the tournament. Then there’s the climate. Even in the height of summer temperatures struggle to rise above around 14 degrees so it’s really not suited to outdoors training. Then there’s the pedigree, or lack of it. They’d never qualified for a major tournament before, let alone done well in one.

So when they took on the eventual winners of Euro 2016, Portugal, everyone was stunned by the 1-1 draw, except for Cristiano Ronaldo who was simply fuming. They then went on to draw with Hungary and beat Austria, safely making it into the next round.

As if anyone needs reminding, it was here that they dealt out what many have described as England’s most humiliating result ever in a 2-1 win that saw them into the quarter final against France. Unfortunately this was the end of the line for them as they were defeated 5-2. But, as former Iceland player Hermann Hreidarsson said, “We played Viking-style.”

Millions of words must have been written about the extraordinary season that saw Leicester City rise from obscurity to defy the odds of 5000-1 and win the Premiership. But win it they did despite a wobble or two on the way and by March of the year it was theirs to lose. There had been many sceptics when Claudio Ranieri had been announced as the manager of the team but by the end of the season he was being hailed as the mastermind who had taken the team, united it as a major force and made them all but unbeatable.

But, unlike most fairy tales, this may not have such a happy ending. This season, in the Premiership at least, Leicester City’s fortunes have been far more mixed and very few wins to their name and Ranieri must surely be feeling the pressure.

However the picture in Europe is very different where the Foxes are top of their group as of the start of December – and this could be the manager’s saving grace.

Many are also suggesting that it could be a truly incredible double for them this year with possible relegation from the Premier League – but as champions of Europe.

Now what would be an underdog story worth telling!