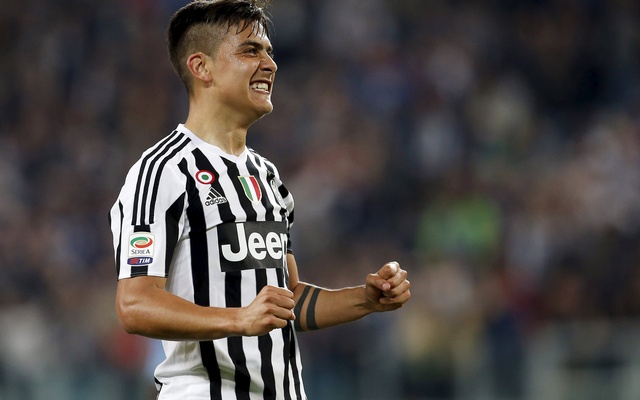 Manchester United and Manchester City are set to go head-to-head in the race to secure the services of Juventus forward Paulo Dybala, according to The Sun.

The Argentine has become a cornerstone in Massimiliano Allegri’s side since joining in the summer of 2015, for what The Sun believe was a £23.4 million fee. He found the back of the net on 23 occasions during his debut season in Turin, and his good form appears to have caught the eye of both Manchester clubs.

As per The Sun, both United and City are in the market for a new centre-forward. The tabloid believe that Jose Mourinho is in the hunt for a long-term successor to Zlatan Ibrahimovic, while Pep Guardiola is keen to acquire a prolific strike partner for Sergio Aguero.

Dybala ticks all the boxes for both sides, but The Sun believe Juventus won’t consider any proposals under the £50 million mark. That is a figure, however, that Mourinho and Guardiola have been prepared to pay in the past to secure their top transfer targets.