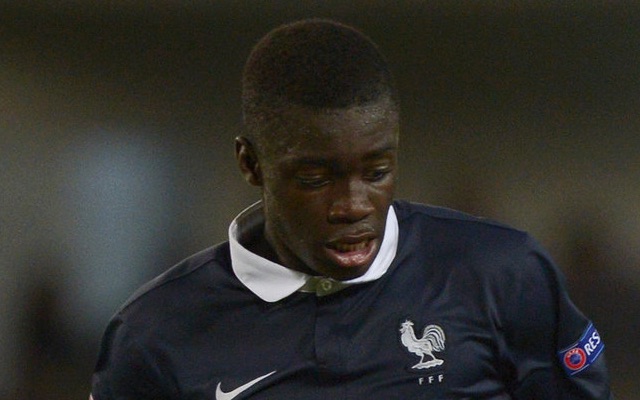 Manchester United are reportedly in a tough transfer battle as they compete for the signature of Red Bull Salzburg teenager Dayot Upamecano.

According to The Sun, 18-year-old centre-back Upamecano is rated at £6.95m and on the wanted list of many teams across Europe.

One of those teams is United, but Germany’s RB Leipzig are also keen and will likely have first refusal, The Sun claim.

Leipzig have the same ownership as Salzburg, meaning politics could intervene and see the two clubs attempt to strike a deal together.

However, The Sun say that neither Leipzig nor United are Upamecano’s first choice.

Upamecano is said to prefer a move to FC Barcelona.

Upamecano has yet to make his senior debut for France, but the former Valenciennes FC star has represented his country at four different youth levels, earning 28 caps, including three for the U19 side.

United have yet to sign anyone this year, with much of the Red Devils transfer talk relating to players possibly leaving Old Trafford.

Man United and Chelsea miss out on key summer target as report suggests his move to Bayern Munich is a “done deal” Feb 12 2021, 20:45
Chelsea FC

Liverpool and Chelsea left to compete for major transfer as Man United fall out of race for defender Feb 9 2021, 13:18
Liverpool FC