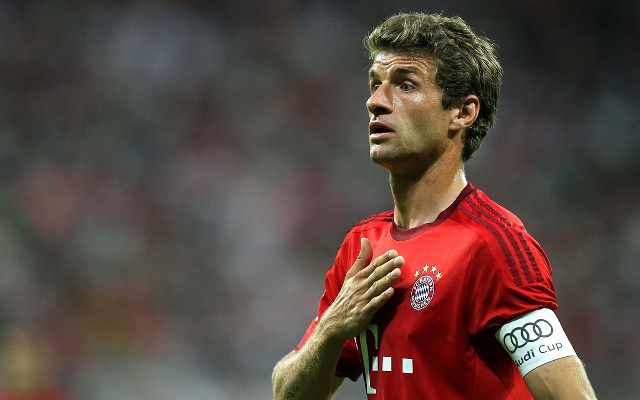 Manchester United target Thomas Muller has revealed that he is not content with life on the Bayern Munich substitutes bench, report The Sun.

Muller has established himself as one of the deadliest forwards in world football in recent seasons. He found the back of the net on 32 occasions in 49 appearances for Bayern last term, including 20 in the Bundesliga.

He is also one of the most decorated footballers currently playing the game, having won 15 major honours during his time at Bayern, as well as the World Cup in 2014 – he’s still only 27-years-old.

At his current age, Muller should be at the peak of his powers, but all has not gone to plan so far this campaign. He has scored just four times in 22 appearances since Carlo Ancelotti took the reigns at the Allianz Arena in the summer, and has subsequently lost his place in the side.

Muller is clearly discontented with his currently situation, with The Sun quoting him as saying: “Of course, I’m not sitting there with a grin on the bench.”

As per The Sun, the German is a long-term target of Manchester United. Jose Mourinho’s side demonstrated their astronomical spending power with the acquisition of Paul Pogba in the summer for a world-record fee. Could Muller be next on their shopping list? 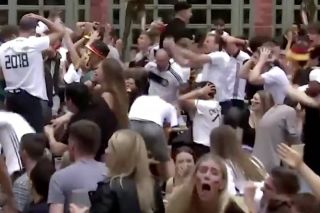 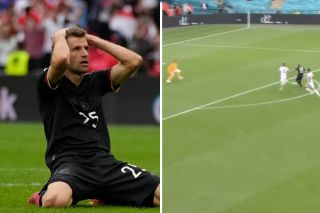 “We had so much fun”: Thomas Muller basks in the glory of Bayern Munich’s demolition of Barcelona Aug 14 2020, 22:51
Bayern Munich