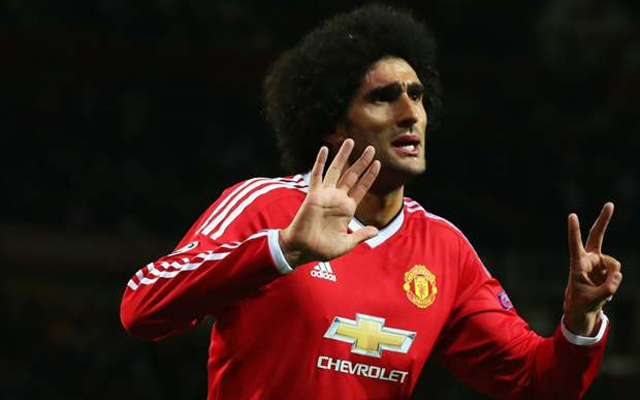 Manchester United have decided to extent Marouane Fellaini’s contract by another year.

As reported by the BBC, the Belgian midfielder’s original deal after signing from Everton for £27.7m in 2013 ran until this summer.

But last month club officials indicated to the midfielder that they would be taking up the option in the original contract of an extra year.

It’s a boost for Fellaini, who scored the second goal for United against Hull yesterday and ran directly to celebrate with boss Jose Mourinho in a show of real team spirit.

Of course a cynic might say that extending the deal is a no brainer – even if the Red Devils have no plans for their giant Belgian next year, at least by having a year left on his deal they will be able to get a transfer fee for him rather than lose him on a free the moment his deal expires.