AC Milan will look to do transfer business where possible this month to strengthen Vincenzo Montella’s squad, but there could be more outs than ins this week.

The Rossoneri have started the season well and with a game in hand, they sit just two points adrift of third-placed Napoli in the all-important race to qualify for the Champions League.

In turn, any reinforcements in January would be most welcome for Montella, but according to Tuttosport, it appears as though there will be more players heading out of the exit door compared to those arriving.

From a positive perspective, the report claims that Everton winger Gerard Deulofeu has agreed to a move to join the Italian giants and now all that remains is for the Premier League side to give the green light to the deal.

It’s added that it would be an initial loan switch with an option to buy at the end of the season, as Montella will hope that he can bolster his attacking options and help the 22-year-old fulfil his potential.

Meanwhile, Tuttosport add that defensive duo Rodrigo Ely and Leonel Vangioni are closing in on exits from the club as both have been linked with a move to Sevilla in the January transfer window.

Further, Luiz Adriano will set the path as he’s due to undergo a medical to secure a move to Spartak Moscow after failing to have the desired impact in Serie A.

Perhaps the biggest news, but also the least realistic at this stage, is Calciomercato‘s claim that Paris Saint-Germain midfielder Marco Verratti is also a hope for the incoming new ownership.

Sino-Europe Sports are reportedly ‘dreaming’ of signing the Italian international, but they trail both Inter and Juventus in the race, with the former linked with putting a €78m offer on the table in order to rival Juve moving forward. 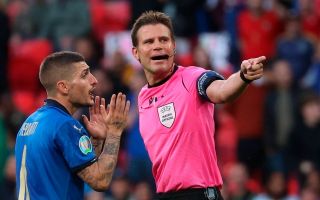 Thomas Tuchel asks Chelsea board to sign this world-class midfielder May 12 2021, 17:33
Chelsea FC