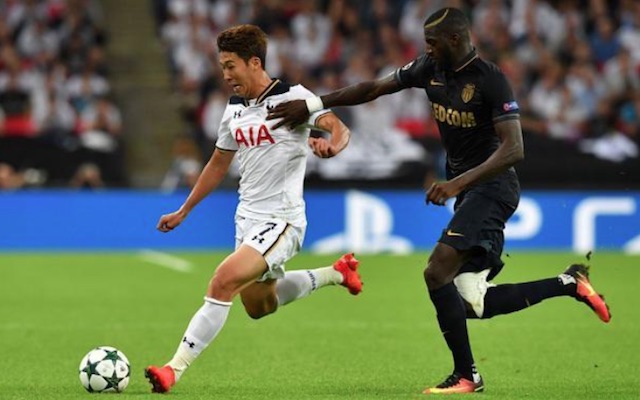 Manchester United boss Jose Mourinho is reportedly lining up a £40m offer for Monaco midfielder Tiemoue Bakayoko in order to beat out Chelsea.

According to The Daily Star, the Portuguese tactician has made him his top priority in the January transfer window, as he has been forced to act now in order to avoid missing out on him to his former club.

It’s added that Monaco are desperate to keep hold of the 22-year-old, as the Frenchman has been an influential part of their success so far this season.

Bakayoko has made 27 appearances in all competitions, scoring twice, with Monaco pushing for the Ligue 1 title as they sit just two points adrift of leaders Nice after 19 games.

Meanwhile, United’s decision to sell Morgan Schneiderlin to Everton for a reported £22m, as per The Star, will undoubtedly help their bid to sign Bakayoko as Mourinho seemingly has the funds and space in the squad to make the move happen.

Nevertheless, it remains to be seen whether or not a move comes to fruition, as United could be on the verge of signing the ideal midfield partner for Paul Pogba.

With Bakayoko’s defensive qualities combined with his compatriot’s desire to get up and attack, they could form a crucial partnership in the United midfield, while the prospective signing would be seen as a long-term replacement for Michael Carrick.

The former England international continues to play an integral role for the Red Devils despite his advancing years, but they must eventually sign a replacement and it appears as though they have one in their sights.

However, £40m is a significant fee, and so Mourinho and the club will have to be sure that this is a smart signing that will further strengthen the spine of the team.