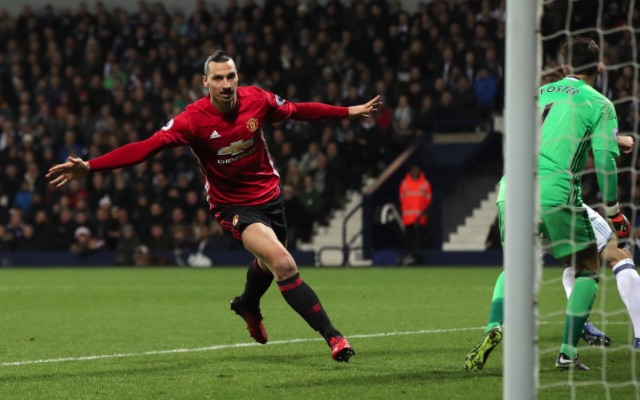 Manchester United forward Zlatan Ibrahimovic has enjoyed a successful start to life in England so far this season, but he clearly thinks it’s gone much better.

The 35-year-old arrived at Old Trafford on a free transfer after his contract expired with Paris Saint-Germain last summer, and he has rattled in 18 goals in all competitions.

While there have been goal droughts and struggles along the way, all in all it’s been a positive first six months for the Swede and he can be happy with his efforts.

However, Ibrahimovic being Ibrahimovic, he’s produced a superb soundbite by insisting that he has ‘conquered England already’.

“I’m chasing the head trophy – the Premier League. That is my aim,” he told manutd.com.

“The individual things come as part of the main objective because that is like a bonus for every individual player. If the collective does well, then the individuals will do well.

“I try to help the team and try to do what I’m best at – scoring goals, playing good and creating chances for my team-mates. As long as I can do that, I know I will help my team.

“The same thing with them, they help me the way they can for the team. I have no individual targets because that I did already, after three months in England. I conquered England – it took three months.”

Ibrahimovic is expected to return for Sunday’s showdown with Liverpool after suffering with an illness, as he looks to play his part in ensuring that Jose Mourinho’s men extend their unbeaten run in all competitions to 16 games.

While they sit in sixth place in the Premier League table, they have moved to within 10 points of leaders Chelsea, and if United can maintain their current form then those who wrote them off earlier this season will start to get a little more anxious as they still have the quality to have their say in the title race.

Chelsea slipped up last time out against Tottenham Hotspur, and with a top-four finish the minimum expectation at Old Trafford, ‘Zlatan The Conqueror’ will be hoping to continue to lead their charge starting with a win over their fierce rivals this weekend.