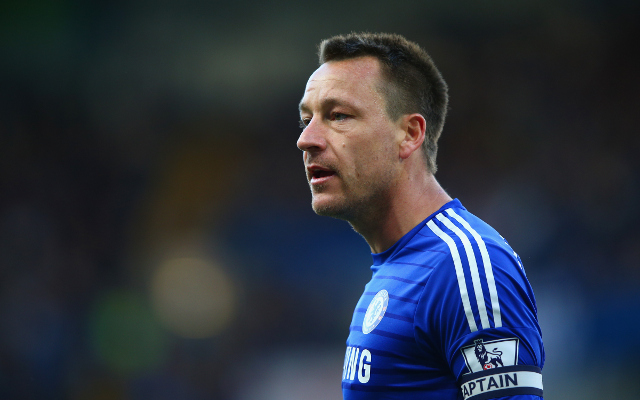 Antonio Conte has confirmed that Chelsea captain John Terry will be staying with the club until at least the end of the season, report The Sun.

Terry was involved in all of the Blues’ early-season fixtures, but an ankle injury sustained during their 2-2 draw with Swansea City ruled him out for a number of weeks.

Upon his return from injury, he found his route into the starting side firmly blocked by the form of Gary Cahill, David Luiz and Cesar Azpilicueta’s in Conte’s three-at-the-back system.

As per The Sun, Terry has been linked with a move to Bournemouth this month, as he is struggling to find game-time at Stamford Bridge.

However, the tabloid quote Conte in confirming that the former England captain is going nowhere: “John is an important player for me and if he doesn’t play, he is a really important man in the changing room. This squad needs him.”

Terry is out of contract at the season’s end, and it is unclear whether he will be offered an extension to his current deal. With Chelsea five points clear at the top of the Premier League table, a fifth winners medal would not be a bad way to bow out.