Evra made 379 appearances in the United defence over a nine-year period. During that time, he won five Premier League titles, three League Cups, five Community Shields, the Champions League and the FIFA Club World Cup. That works out as a piece of silverware every 25 games, which is nothing short of ridiculous.

His Man United love affair had to come to an end eventually, however, and he subsequently joined Juventus in the summer of 2014. He has, remarkably, bettered his United record in Turin, winning a trophy every 16 appearances for the club. He is a serial winner.

Newly-appointed Palace boss Sam Allardyce appears to be interested in bringing Evra’s immense experience to Selhurst Park. As per Fabrizio Romano, the former French international is in talks over a potential move to Palace. What a signing that would be as they look to maintain their Premier League status. 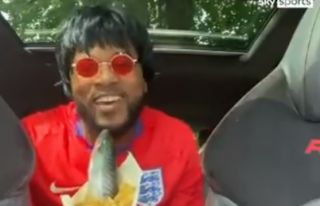 ‘Have some shame’ – These fans react as Luis Suarez shares damning statement in defence of Edinson Cavani years after ex-Liverpool striker was found guilty of racial abuse Jan 4 2021, 14:57
Liverpool FC

Granit Xhaka told to do the right thing for the club and request Arsenal exit Dec 13 2020, 23:04
Arsenal FC

‘I would like to sincerely apologise’ – Man United’s Edinson Cavani attempts to draw a line under race storm Nov 30 2020, 19:16
Manchester United FC