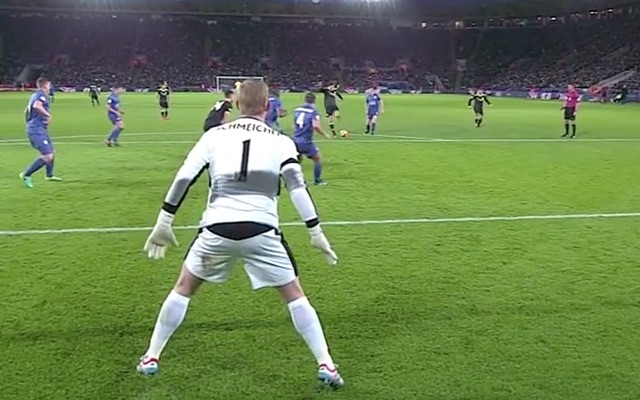 Last season’s Premier League champions were thrashed by [probably] this year’s as Chelsea won 3-0 at Leicester City on Saturday night.

The victory moved Chelsea seven points clear of Tottenham Hotspur at the top of the Premier League table and a huge 31 ahead of Leicester, who stay 15th.

It was a complete cruise from start to finish for Chelsea, who broke the deadlock inside six minutes when Marcos Alonso scored his first of two goals.

Off-balance, Eden Hazard cleverly managed to poke a pass into the path of Alonso, who slotted home with his supposedly-weaker right foot.

Alonso’s second – which arrived shortly after half time – came via his trusty left peg, but it was helped by two deflections.

Goal no.3 was also made in Spain – scored by the head of Pedro.