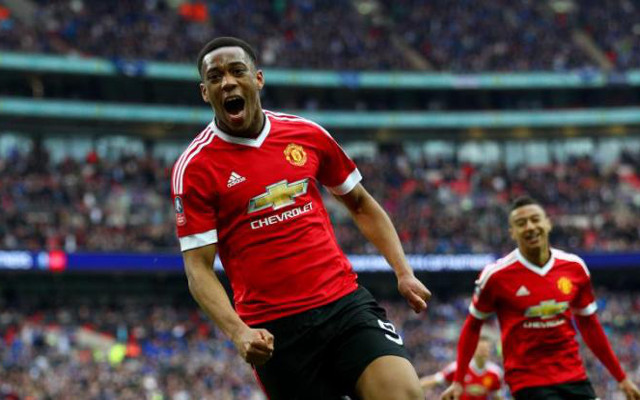 Manchester United forward Anthony Martial is just two goals away from activating a £8.6m payment to former club Monaco as part of the initial transfer deal.

The Frenchman has rediscovered some form in front of goal recently, which will be a boost for Jose Mourinho as they march on and close the gap on the top four in the Premier League.

As they look to extend a nine-game winning streak in all competitions this weekend, it could come at a cost if Martial finds the back of the net again.

As reported by The Sun, the former Monaco ace needs just two more goals to activate one of the bonuses included in his £38.5m move to Old Trafford.

While that was merely the transfer fee, United could yet make an additional three payments to the Ligue 1 side, with the first coming after Martial has scored 25 goals for his current employers.

That means a £8.6m fee that Monaco can probably look forward to this month, while they will receive another payment when Martial makes 25 appearances for the French national team.

The last would come when he is nominated for the Ballon d’Or, but United can probably rest assured that they are still a while away from that happening.

From his debut goal against Liverpool to struggling to maintain that form to start this season, it’s been an eventful year or so for the 21-year-old, but both the player himself and United won’t be thinking about the financial ramifications of his transfer if it means more wins and success for the club.

Having been written off at one stage by many in the race for the top four, and the Premier League title race, United are building some serious momentum and are closing the gap each week.