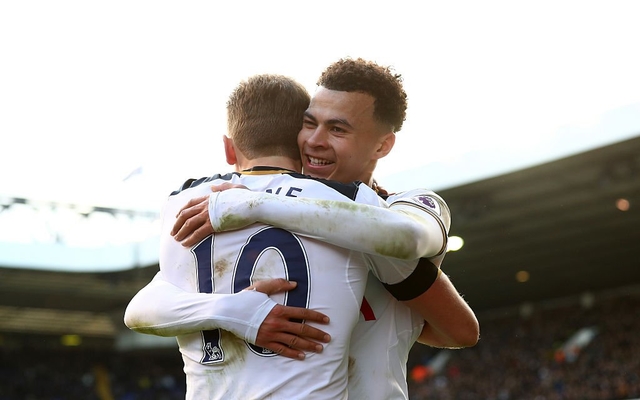 Tottenham Hotspur ran out comfortable 4-0 winners against West Bromwich Albion at White Hart Lane on Saturday with Harry Kane the star of the show.

The England international helped himself to a hat-trick against the hapless Baggies, while Christian Eriksen forced Gareth McAuley into an own goal as the hosts coasted to victory to temporarily close the gap on Chelsea to four points.

Kane’s third was the pick of the bunch as he latched onto a brilliant assist from Dele Alli to find the back of the net again and wrap up a successful afternoon all round.

Tony Pulis and his side arrived in north London having frustrated some top teams in recent weeks, but they were only able to hold out for 12 minutes on Saturday as Spurs broke the deadlock through Kane.

That in turn changed the pattern of the game with the visitors having to be a little more adventurous, although they waited until the second half to do so.

When things opened up, Tottenham took advantage and helped themselves to a few more goals as they made it six consecutive Premier League wins and continue to keep up the pace and put the pressure on those around them in the standings.