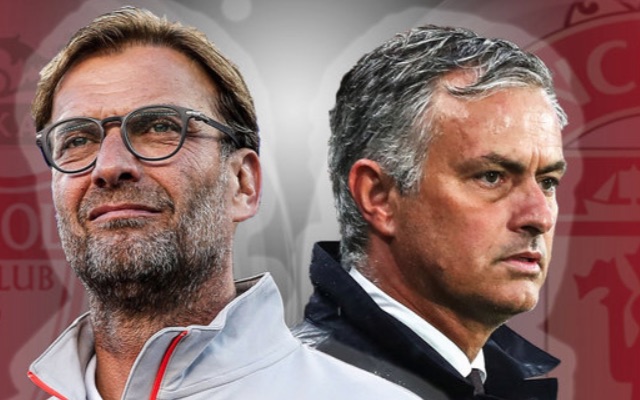 Sixth-placed Manchester United can close to within just two points of Liverpool on Sunday by beating their fierce rivals at Old Trafford.

The Red Devils have been victorious in each of their last nine games in all competitions, but this will arguably be the biggest test they have faced during that winning run.

That game was broadcast live on Sky Sports, who also have exclusive UK rights to this afternoon’s Super Sunday clash.

But you don’t have to be a satellite TV subscriber to watch a Man United v Liverpool live stream via Sky Sports.

Avoid monthly fees and escape the hassle of scouring the web for an illegal stream by simple buying a 24-hour Sky Sports day pass.

This costs a one-off payment of just £6.99, but you can get it even cheaper by signing up via the link below. This pass will not only allow you to watch a high-quality Man United v Liverpool live stream. It will also give you access to all Sky Sports channels for 24 hours from when you make your purchase.

So, as well as enjoying the big game at Old Trafford, you can also watch these events live:

Nick Hext (Sporting Life) expects another 0-0, just like the bore draw we saw at Anfield earlier in the season.

Meanwhile, The Telegraph also anticipate a low-scoring affair, although they say 1-0 to United.

The official prediction of the Daily Star is a 3-0 win for United. And Sky Sports pundit Paul Merson is also saying home win, by a 2-1 scoreline.

Finally, BBC Sport tipster Mark Lawrenson has gone for a 1-1 draw, which will not surprise anyone who regularly follows his predictable predictions.

So, we’ve got a 0-0, a 1-0, a 3-0, a 2-1 and a 1-1. Nobody has said Liverpool win yet and we can’t either. Jurgen Klopp’s Reds are just not solid enough at the back and, with Sadio Mane at the African Cup of Nations, they are missing one of their main attacking threats.

Private: Leeds v Fulham Live Stream : How to Watch top of the table encounter from Elland Road this afternoon Jun 27 2020, 14:15