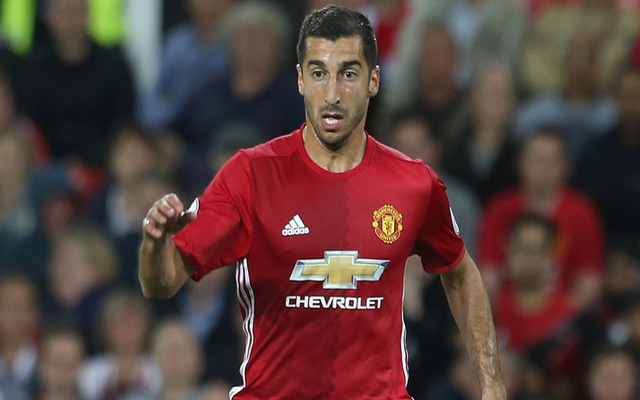 Henrikh Mhhitaryan has stoked the fires ahead of today’s Liverpool- Man United clash by revealing that he is glad he didn’t take the chance to join Liverpool several years ago.

His story, quoted in the Daily Mail, tells of how Brendan Rodgers called him while he was still at Shakhtar Donetsk and attempted to persuade him to come to Merseyside then.

It was an even more tempting offer back in 2013, with Rodgers able to offer the Armenian the chance to play in a strong side competing for the title with Luis Suarez and Steven Gerrard in starring roles.

But Mkhitaryan decided on Dortmund instead, and said that he “thinks [he] made the right decision”.

Of course all this is complicated by the fact that it was Jurgen Klopp, then at Dortmund and now at Liverpool, who persuaded him to turn down the Reds back then. Now facing the playmaker from the opposite dugout, the Liverpool boss will know exactly what to expect from his former charge.