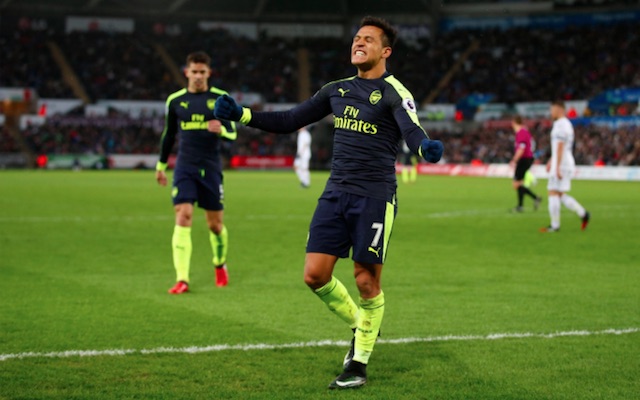 At 4-0 up with ten minutes to go, one would think that a player who plays with as much intensity as Alexis Sanchez might like a break.

But not only is that not the case, the Chilean winger was actually furious as he was taken off by Arsene Wenger against Swansea yesterday.

His initial look of confusion upon seeing the board was replaced by anger as he trudged off, and he was later seen sulking on the bench with his jacket over his head.

See the video of the moment here:

Good to see how Sanchez reacted after being sub. pic.twitter.com/ayGRmUTL9Y