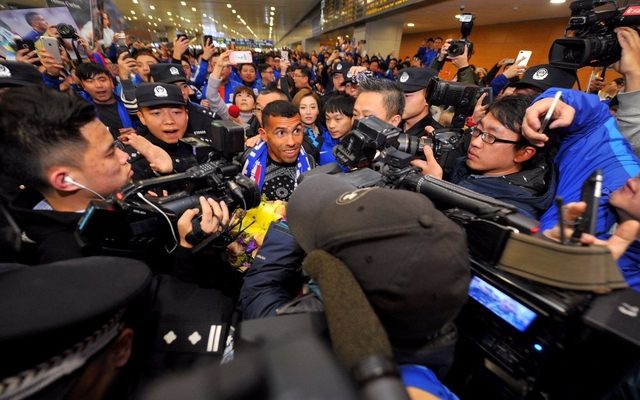 Carlos Tevez arrived in China on Thursday and was met by hundreds of supporters on his arrival at the airport in frenetic scenes.

The 32-year-old has joined Shanghai Shenhua on a two-year deal from Boca Juniors, and as reported by ESPN FC, it comes with a £9m transfer fee and ridiculous wages of £615,000-a-week, although the Chinese media have downplayed that aspect of the deal.

With no official numbers though, it appears as though the money freely flows into his bank account, ns he at least got a taste of the passion that many Chinese football fans have for their clubs and players and he’ll be delighted to play his part in making his stint in the CSL a success.

Given the quality that he still possess, many will expect him to run riot in the league as it continues to strengthen and build and so it’s a great time for the Argentine to make his move over to the Far East and experience a new challenge.